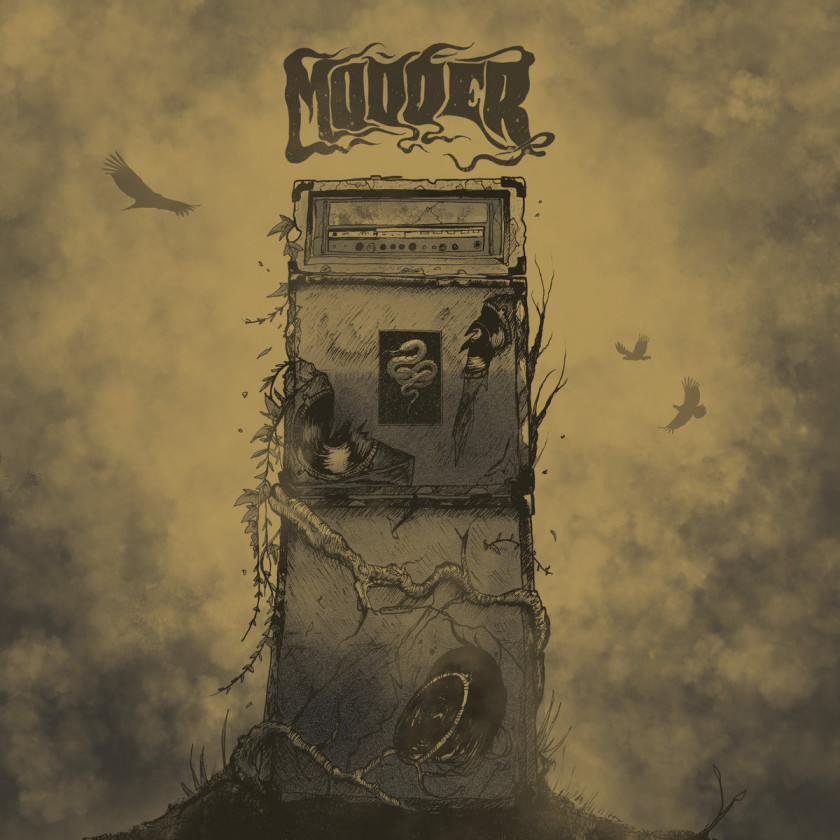 GEARING UP W/ CONSOULING SOUNDS AGAIN TO RELEASE A REPRESS OF THE WELL RECEIVED DEBUT ALBUM FROM THE BELGIAN HEAVY INDUSTRIAL INSTRUMENTAL SLUDGE BAND MODDER THAT SOLD OUT IN A SEC!

Don’t sleep on this one and pre-order this second pressing now! We’re expecting to receive the copies in July, we’ll keep you posted about the exact release date.

The repress comes in a batch of 300copies 180gr. heavy weight solid green with gold splatter vinyl, pressed by DUNKPRESSING!

We’re also offering a LP + CD bundle for a modest price. The CD version contains the EP ‘Mudslinger’, please note that CD is the only physical format were ‘Mudslinger’ is released on!

So better not to sit on your hands to grab a copy. And pre-order this second pressing NOW!

This is a 300cps repress of their first 12” album that sold out almost immediately. Modder has one goal in mind and that is to obliterate every stage as they will take their riff worship to every sound level possible.