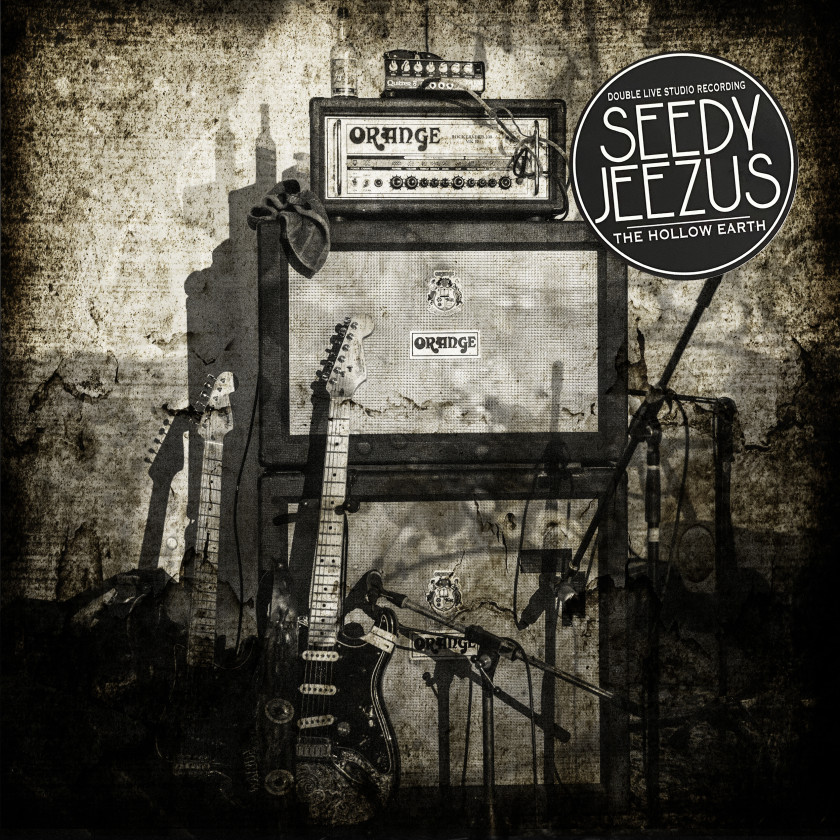 LIVE 2LP 'THE HOLLOW EARTH' - Australian Import | No repress on the horizon!

Seedy Jeezus recorded a live double album capturing fan favourites and a window into what is in store on their next studio album. It was recorded at Studio OneB out the back of a stonemasons’ across from the main graveyard in Melbourne’s northern suburbs. It was performed in front of some friends in between heavy lockdowns in 2021 when live performance and social gatherings were almost a forgotten decadence. We were lucky to have this short space of time bring together a time capsule of Seedy songs to send to friends and fans everywhere.

The Hollow Earth Theory has a long and entwined interaction with the human races’ historical cultural belief systems. Early on it was believed that it is a dark place filled with the souls of the dead. A chasm of dread and foreboding filled with danger and challenge. Later beliefs suggested a world of light and life. A place suspended in the center of that hollow with an interior sun that is divided by day and night. The other part of the Hollow Earth theory is that near the North and South pole are substantial openings that lead into this interior where it is thought that the Aurora Borealis is the escape of the internal heavenly light of this centre world.
Possibly the first person to scientifically speculate about a hollow earth was none other than Edmund Halley, of Halley’s Comet fame. He proposed it as a way of explaining anomalous compass readings, Halley’s theory is that the planet is a series of nested, spherical shells, spinning in different directions, all surrounding a central core. Jules Verne was obsessed with the concept and although the existence of this place is yet to be substantiated by modern science, six feet under the worlds’ surface are pockets of earth, musty and dark. They are filled with fine clothing, jewellery and hold artefacts of one’s existence. They are the final deposit of all we can take with us. Bones, dust and memories.