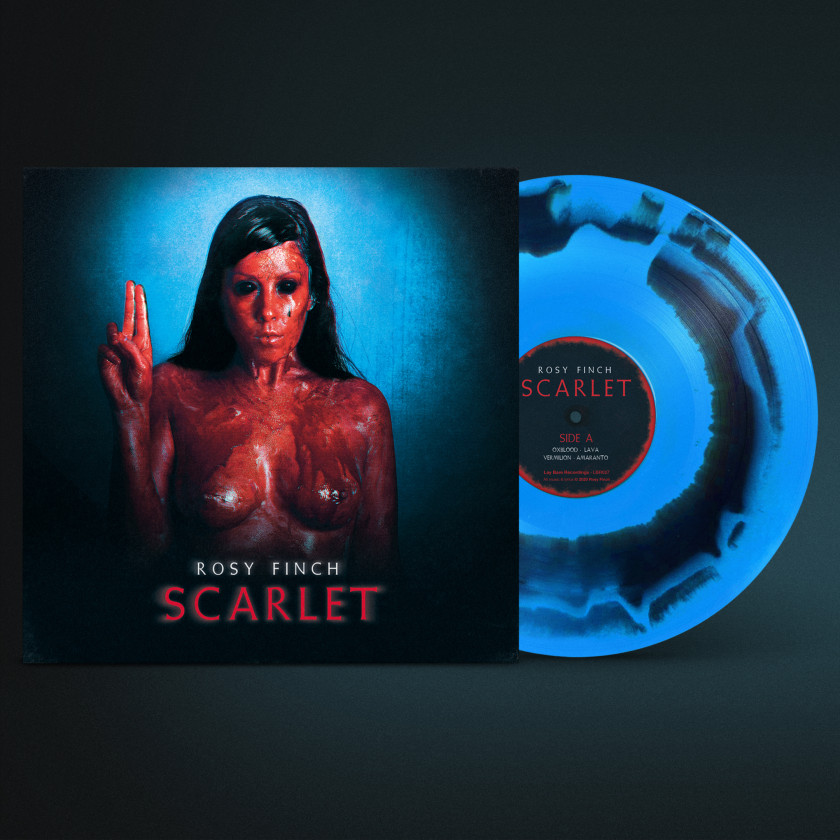 Rosy Finch are incredibly happy to announce they will be re-pressing their second album Scarlet in a new colour vinyl with some special gifts included with pre-orders. The Spanish trio released the album in March on Dutch label Lay Bare Recordings just before the world went into lockdown as guitarist and vocalist Mireia Porto explains, “Since Scarlet was released everything has been crazy going up and down into a frenzy of controversial emotions. It feels so great when your new album receives amazing reviews and support from around the world...especially during this apocalyptic year. But it feels really bad when you love to play live, and it’s not possible to tour the album”

The first pressing sold out quickly and fans have requesting a re-press for months now, “There is a little hope to believe at least music brings people together and we feel so proud of how our last album is being played on many stereos worldwide. This re-press is our way of thanking the listeners for their support.” Says Mireia.