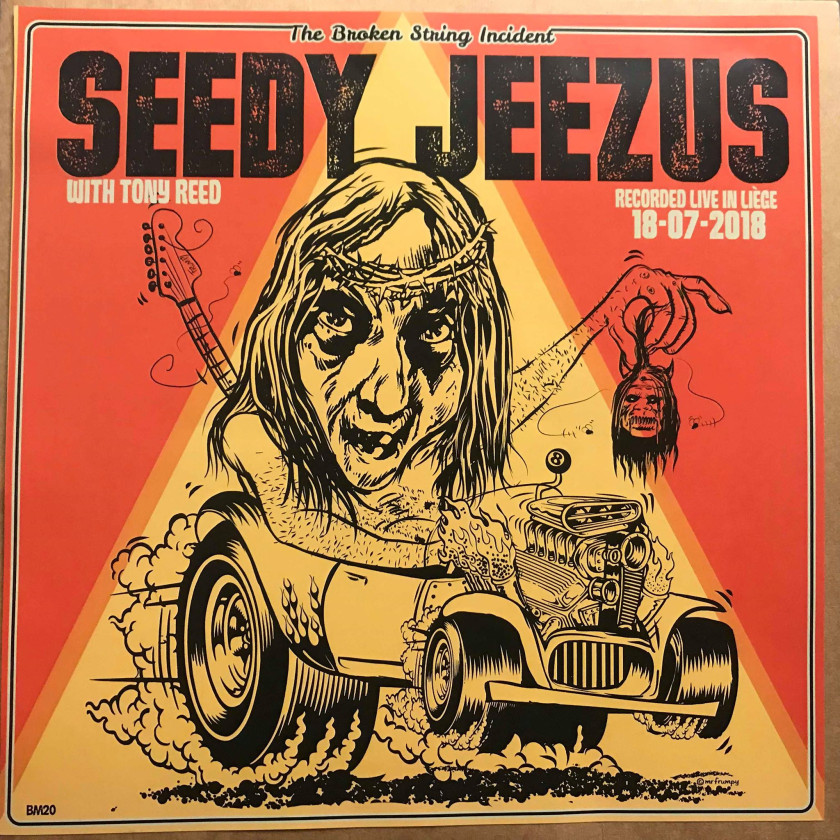 "... I imagine there are some who would hear Live in Liège and not understand the “warts and all”-style vibe it hones or why a band would even put out a recording of a set where the guitarist breaks a string in the middle of a song. But isn’t it obvious? It’s cinéma vérité — the most stripped down manner in which they could showcase the reality of what the tour was like. The only way it could be more real is if they recorded the 23 hours that day they spent driving, sleeping, no doubt, waiting for the time when they could get on stage and kick ass as they do here. By the time they get to the end of “Barefoot Travellin’ Man,” the scorch in Waterreus‘ soloing is so encompassing that whatever concerns might exist about fidelity simply dissipate. You just get into it and that’s all there is. This is the bootleg ideal, of course. Seedy Jeezus put you where the show is happening just as they put the audience who was there where they wanted them...." JJ - The Obelisk

Limited Edition 100 copies for Europe - Australian Import | No repress on the horizon!